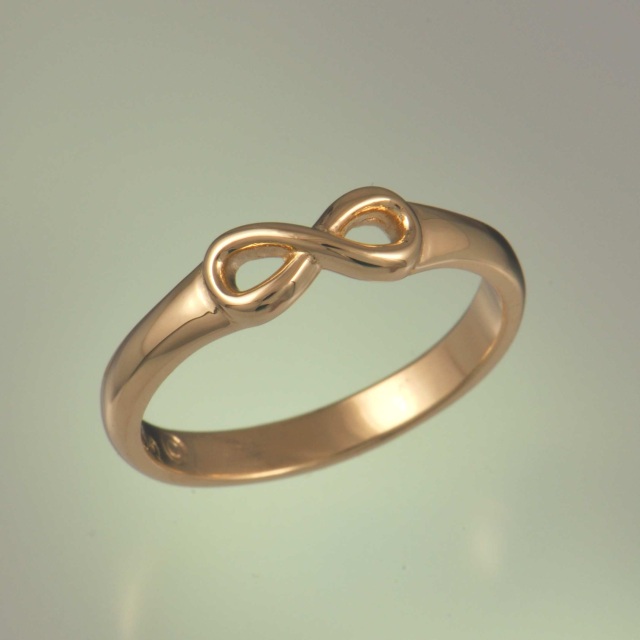 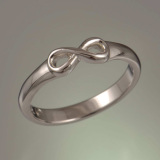 The infinity symbol is widely known as one of optimism and continuance. Your infinity ring will display your hip keenness to the infinite possibilities of life!

The symbolism of the infinity sign is pretty clear to most of us but it has a long pedigree. John Wallis is credited with introducing the infinity symbol with its mathematical meaning in 1655. In modern mysticism, the infinity symbol has become identified with a variation of the ouroboros, an ancient image of a snake eating its own tail that has also come to symbolize the infinite, and the ouroboros is sometimes drawn in figure-eight form to reflect this identification, rather than in its more traditional circular form.

In the works of Vladimir Nabokov, including The Gift and Pale Fire, the figure-eight shape is used symbolically to refer to the Möbius strip and the infinite.